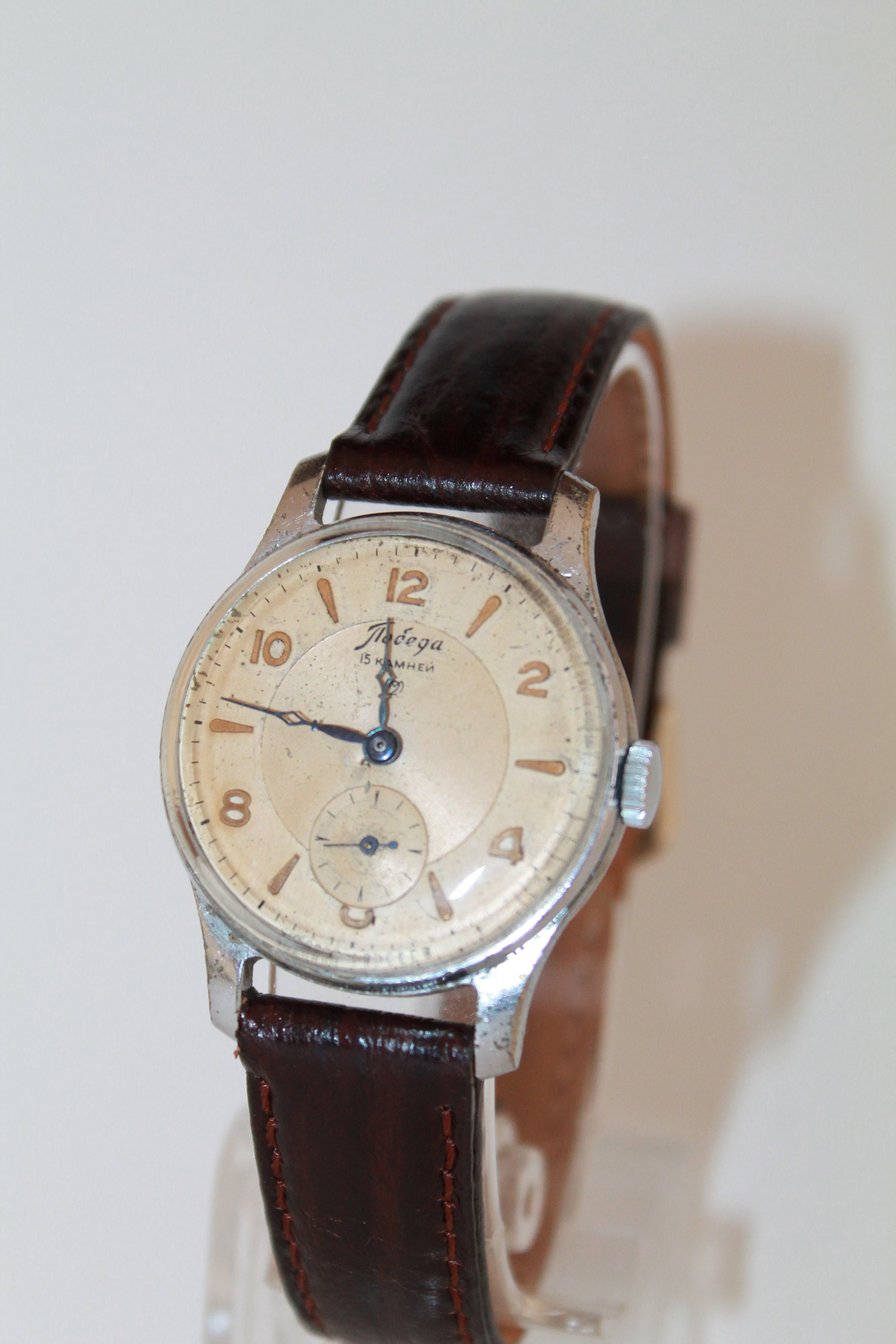 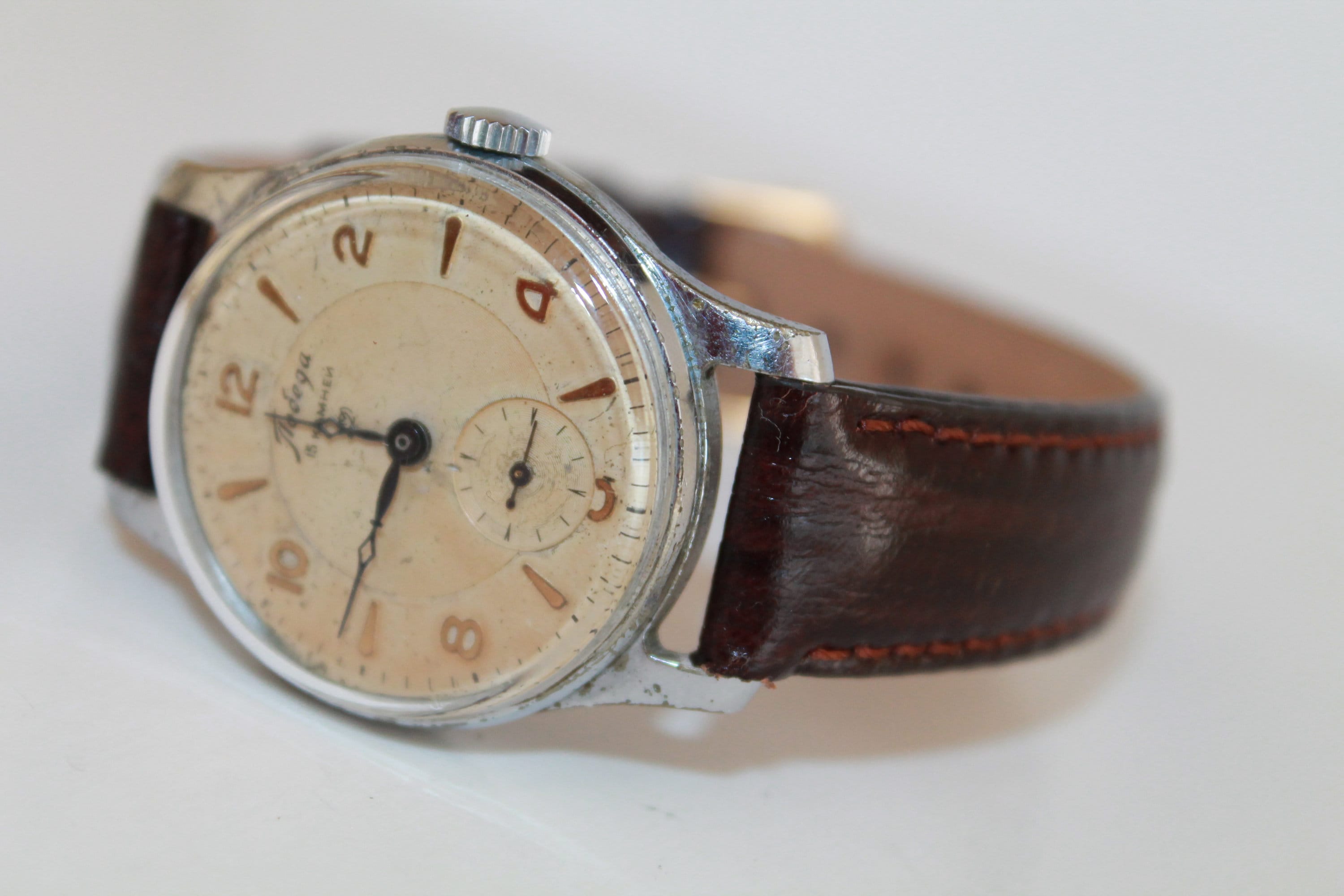 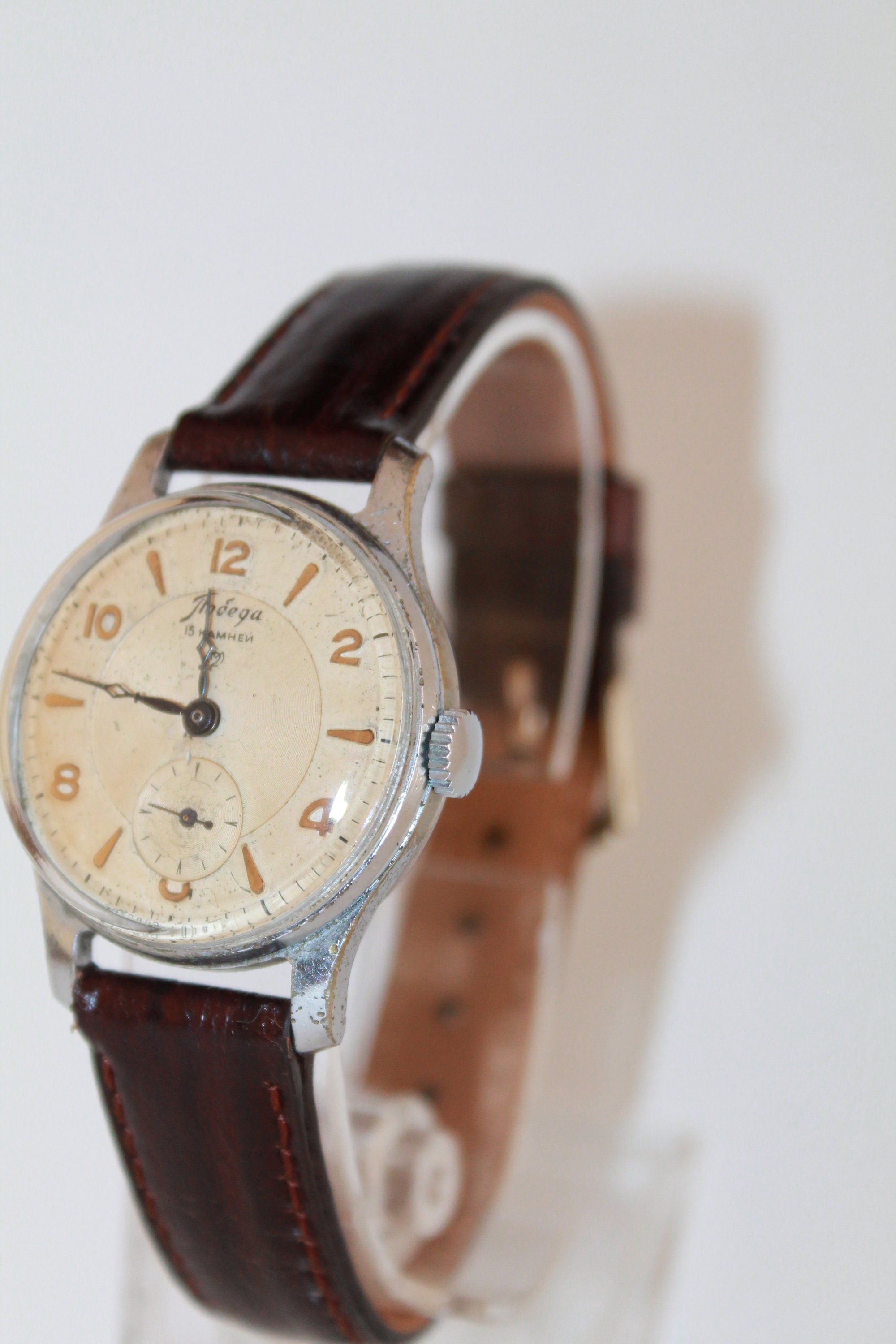 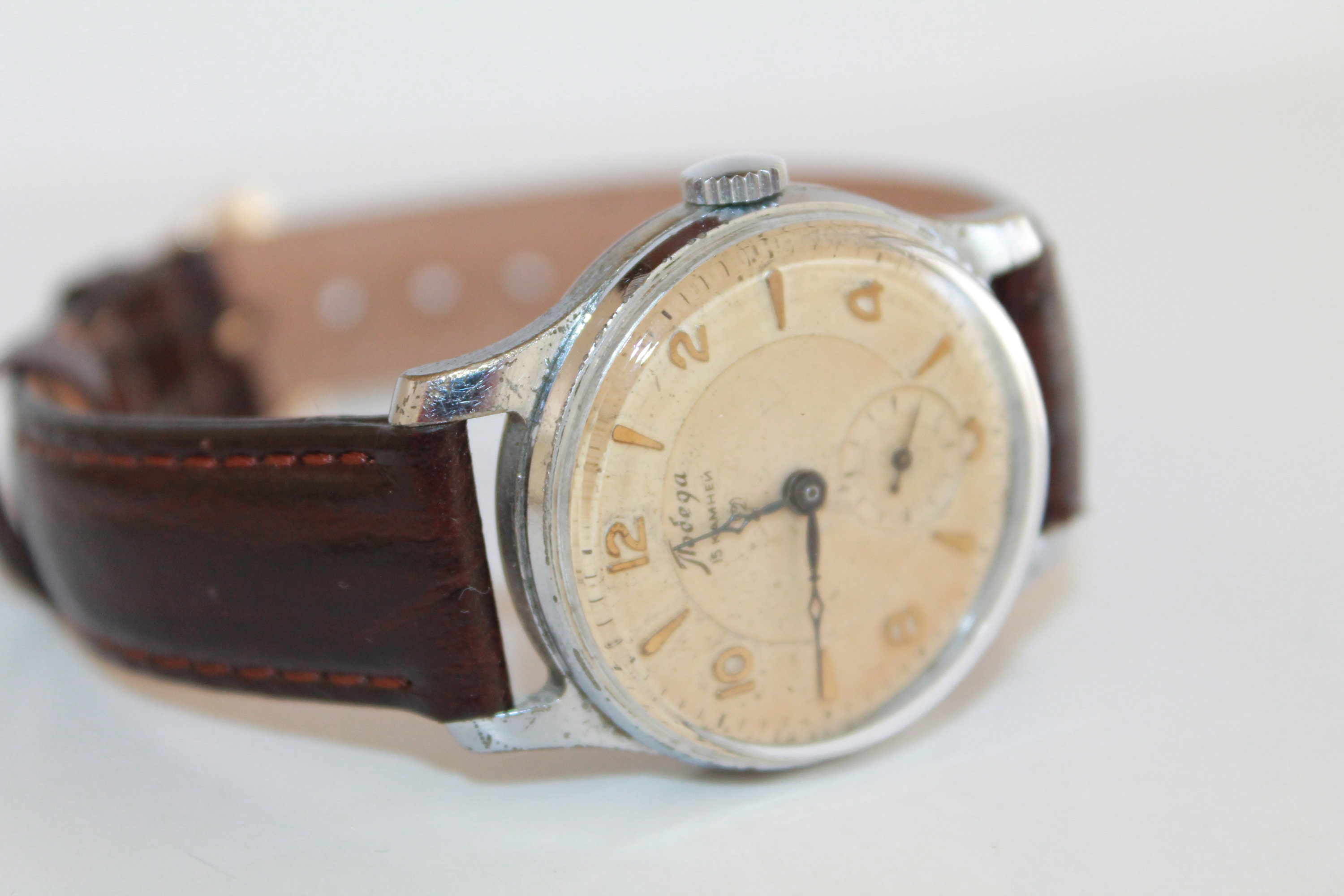 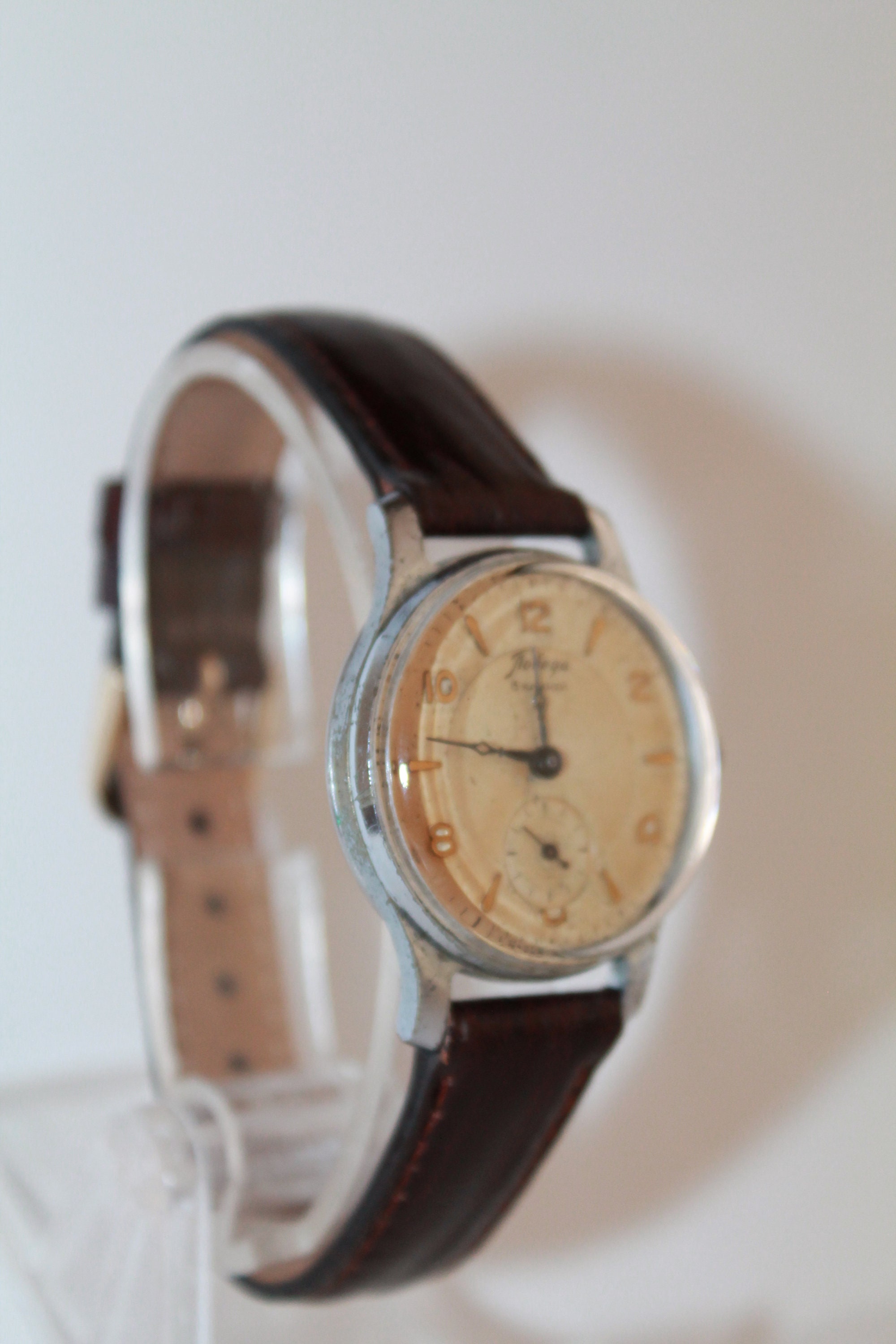 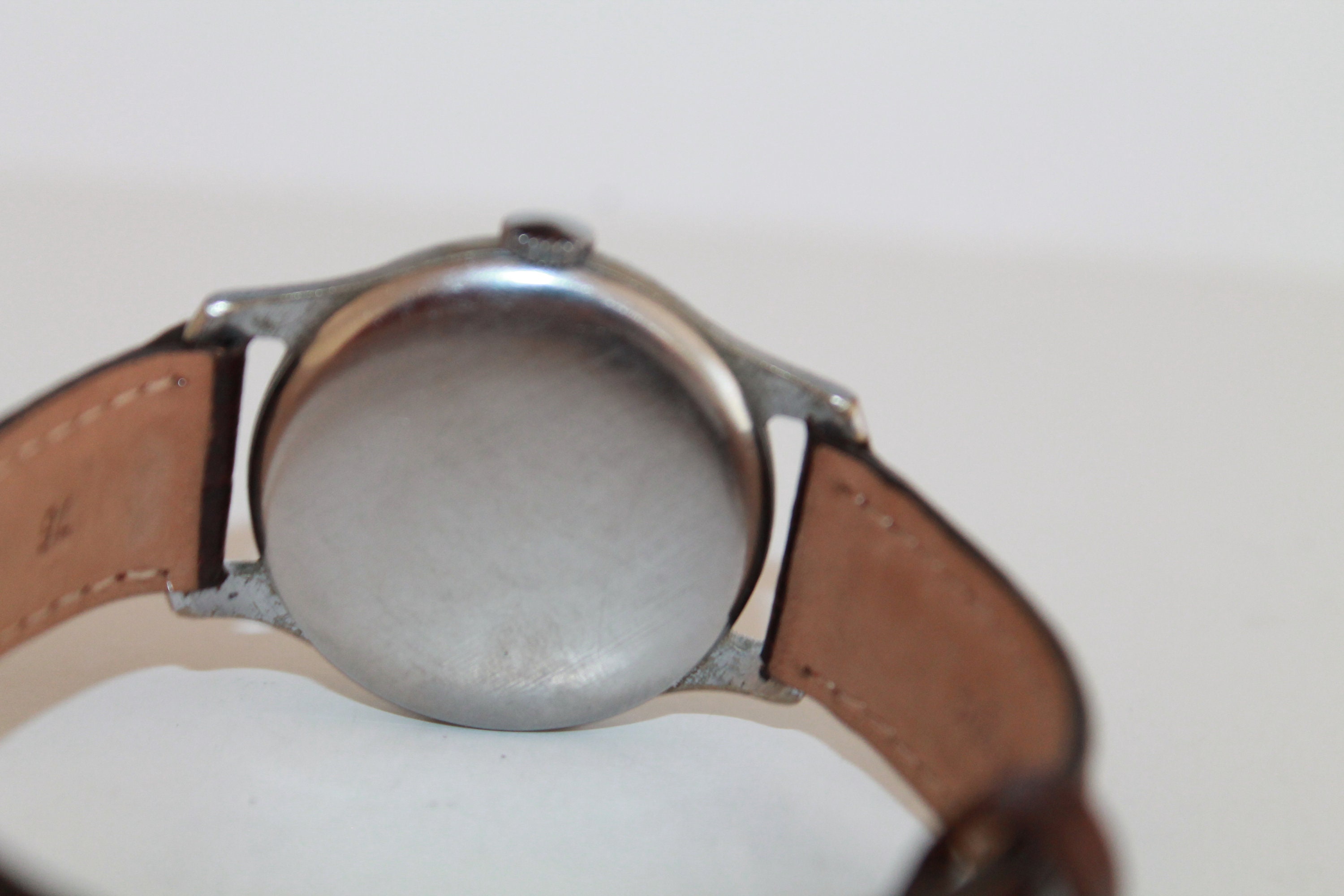 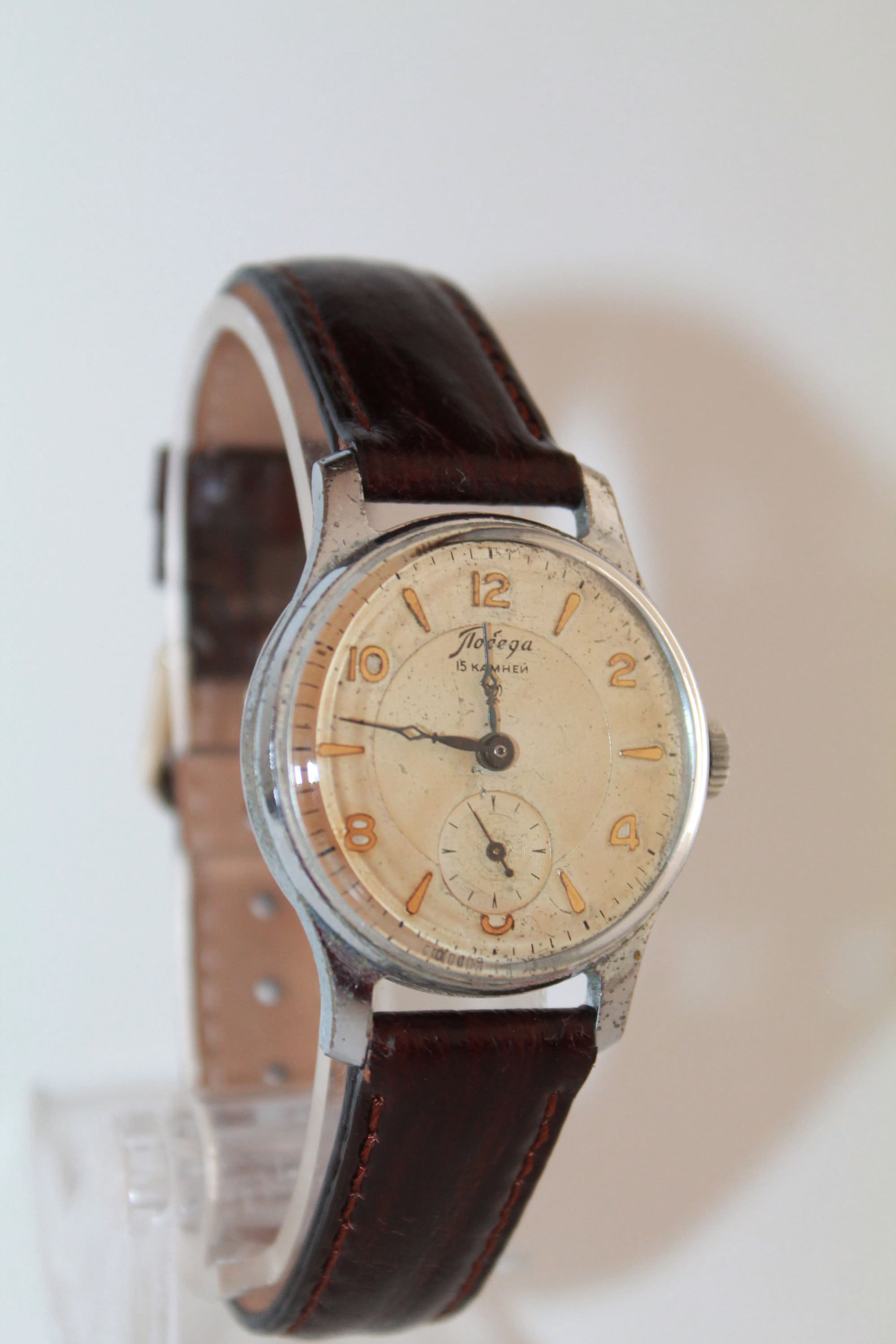 This is Vintage Russian Soviet watchSecond Watch Factory POBEDA USSR 1950s. The movement is mechanical and needs to be wound every 24 hours. It contains 15 ruby jewels.Watch in perfect tune,all details original, a watch has the beautiful dial white color and a black belt from skin.
The watches are fully checked up, went through full prophylaxis. I guarantee, my watches are hundred percent qualified and work perfectly fine.

NOTE: All watches we are selling are mechanical – it means, that every watch uses mechanical mechanism to measure the passage of time and no battery required.

All photos are real – you will get exactly what you see here.

The factory has been making watches for more than 60 years.
See more mechanical watches in my shop:

I'll do my best to meet these shipping estimates, but can't guarantee them. Actual delivery time will depend on the shipping method you choose.

I gladly accept returns and exchanges

Ship items back to me within: 21 days of delivery

But please contact me if you have any problems with your order.

The following items can't be returned or exchanged

Because of the nature of these items, unless they arrive damaged or defective, I can't accept returns for: